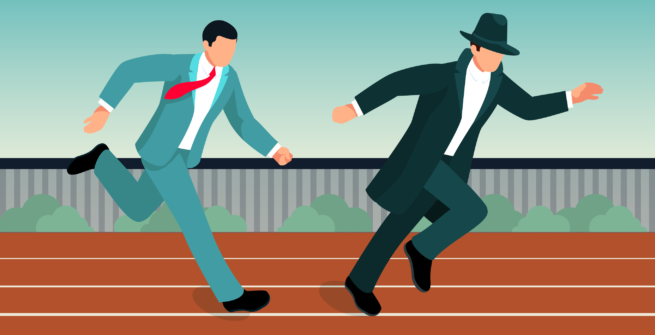 Companies need a way to reach their audience quickly and in a way that is eye catching and unforgettable. When it comes to promoting their businesses on social media, videos and images are both an ideal way to get the job done. But which one is better and will benefit your business the most? The following information can help you decide how to best promote your business.

Image ads are the easiest type of advertising you can do and they can be a great place to begin if you are new to advertisement. An ad with an image gives you the opportunity to use graphics to promote your brand. It includes the photo you choose as well as information regarding your company, services, or products. As soon as someone clicks on your ad, they will be sent to your website. Image ads do have the capability of featuring a static image, animated photo, and can rely on the Flash format.

Single image ads do have their own perks such as being easily scannable. Also, it only takes your audience three seconds to decide whether they want to click on your photo. Other advantages include the following:

Depending on the image that a company uses, the advertisement can be so attention-grabbing that people quit scrolling through their social media feed and become fascinated by the image. Gaining a user’s attention can be difficult; therefore, the right image can stop people in their tracks.

Video advertisements are becoming more popular these days, but image ads are easier to use everywhere in the world and are cheaper. So, it is easier to reach your intended audience because your budget will create more overall opportunities for your advertisement to be viewed.

Video ads have one major advantage over single image ads. You can communicate more information that your audience can understand. Their promotional content plays before, during, or after a viewer’s selected content and is very effective if you want to plug your products and services, with 72% of viewers watching video ads to learn more about what you are offering. They are really effective when used to demonstrate products or as how-to guides because audiences can see how certain things work or learn a new skill.

Experts believe that video ads are the better option because they reach more people, and more people engage in a video than a single image. A video ad contains audio and visual elements that attract multiple senses and act as educational tools. They also get 10 to 30 percent more views than other ad formats. If you can get your video under two minutes, then you can expect your audience to pay attention. In fact, 95% of a message that your audience sees in a video remains with them, which is something that cannot be done with an image.

It is a no-brainer that people are more likely to buy products from companies they like and trust. With that in mind, successful businesses introduce campaigns that educate their audience about what they do. Their goal is to show a product’s tangible benefits and how it can solve someone’s problem. They strive for this goal because they know that 64% of consumers will come to their purchasing decision after watching a branded video online. Video advertisements create space for you to form more authentic relationships with your audience. As a result, your audience will feel like they know your brand and are more willing to buy from you and work with you.

Video ads do have a lot more advantages than image ads, such as the following:

Previously, video ads were only shown on commercials during ad breaks. However, the cost to have their product shown during prime time was expensive. Now that social media marketing is the main platform for video advertisements, companies can save money, promote their product online, and know they are reaching a huge audience.

Video advertisements help users understand the product or service in greater detail. 94% of marketers have noticed videos increase user understanding of a product, resulting in fewer people calling them about a problem they have due to not knowing how to work the product.

As with anything, there are disadvantages. Single image ads tend to have a lower click-through rate, and as a result, fewer sales are made than most companies would like to see. Lower click rates mean lower conversions. Regarding video ads, the one disadvantage would be the cost of production. It does cost more to produce a video than an image ad with companies spending money on not only the production but also equipment, their employees, location, and more. Therefore, it only makes sense for a business to ensure they will make enough profit to offset the increased advertisement budget before they create a video.

Overall, it appears that video advertisements and the amount of content they can contain performs better than a single image advertisement. Ultimately it is the company’s choice as to which platform they use. Some audiences respond better to imagery over video, whereas others do not. If you are having a hard time deciding which avenue to take and it is in your budget, try doing both. A well-coordinated marketing campaign that takes advantage of both works best in almost every situation.